Winner of a Drama Desk Award and named one of TIME Magazine’s 10 best shows of 2001, Jason Robert Brown’s The Last Five Years has captivated audiences with a score of mesmerising brilliance and an ingenious libretto. Numerous international productions established the musical’s place as a masterpiece of modern musical theatre.

The Last Five Years is a one-act drama-comedy telling the story of the short-lived marriage between Catherine Hiatt, a struggling actress, and Jamie Wellerstein, an up-and-coming novelist on the brink of getting his big break. This story of two people meeting at the wrong time in their lives is told in a fresh and new manner. Cathy tells their story backwards from the end of their relationship to first meeting, whilst Jamie proceeds chronologically. They meet only once, in the middle of the show.

This local production of The Last Five Years is presented by Tally Ho! Productions, an up-and-coming production company founded in 2018 by Cape Town-based theatre maker and musician Jaco Griessel.

Featured in the coveted role of Jamie is seasoned musical theatre performer, Anthony Downing, last seen as Brad Majors in the 2019 production of Rocky Horror by Pieter Toerien Productions. Playing opposite him as Cathy, is Fleur-Du-Cap nominee Zoë McLaughlin. At the helm of the creative team is award-winning director Paul Griffiths with musical direction by Jaco Griessel. To fully realise Jason Robert Brown’s vision, the cast will be accompanied on stage by an ensemble of six musicians. 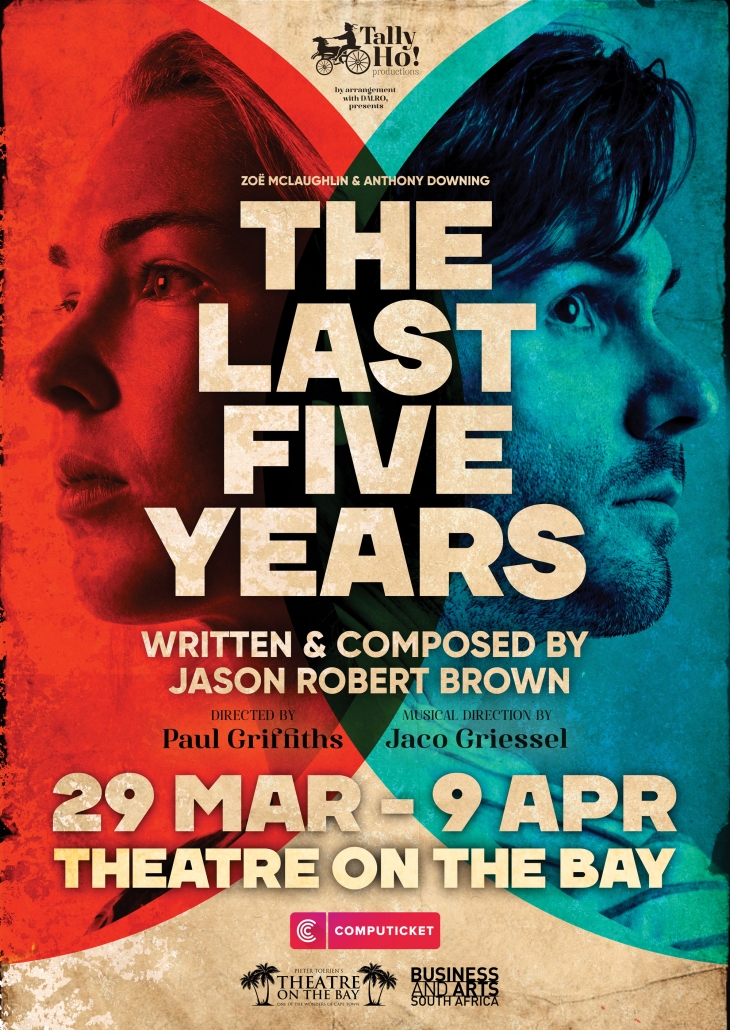