the final victory lap tour of THE PLAY THAT GOES WRONG!

This hilarious comedy returns to

…plus the industry’s bravest stage crew, all aiming to keep the curtain up no matter what happens on the custom-made R500 000.00 set designed by Nigel Hook.

The plot revolves around an accident prone and completely inept Drama Society who receives an unexpected financial legacy.

The amateur group decides to put the windfall to good use. But when they attempt to put on a complicated 1920s murder mystery play, all hell breaks loose.

Everything that can possibly go wrong does, to hilarious effect, and audiences find the resulting chaos so funny that the entire theatre ends up in complete, total, happy disarray, night after night.

Excellent comedy timing, expert verbal and physical funnies, it’s one of the best comedies to hit the stage for some time.

What the press have said:

“The Play That Goes Wrong is hilariously bonkers, but be warned, rather than just tickling your funny bone, you might actually be at risk of fracturing it. Thank goodness for the armrests, probably the only thing that prevented certain audience members from actually rolling in the aisles. “ – What’s On In Jo’burg

“It’s all about good actors acting badly to make a good show. More than good – bloody brilliant. Do yourself a favour and catch this one. Like me, you may be bowled over …” – Weekend Special

“The Play That Goes Wrong is an excellent example of how top-notch directing, acting, lighting, costuming, music and sets can keep an audience laughing for two hours” – The Cape Times 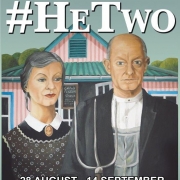 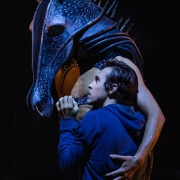 Pieter Toerien Takes Us Behind-The-Scenes Of The Theatre On The Bay Renovations. 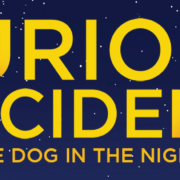 EXCITING NEWS! ANNOUNCING THE SOUTH AFRICAN PREMIERE OF THE CURIOUS INCIDENT OF THE DOG IN THE NIGHT-TIME 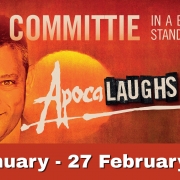