The Fleur Du Cap Theatre Awards Nominations are out.

The Fleur du Cap theatre award nominations are out! Celebrating 51 years of honoring excellence in the performing arts, the Fleur du Cap’s are one the most prestigious theatre awards program in South Africa. Gauteng has the NALEDI AWARDS who will be announcing their nominations on Monday 29th Feb at a ceremony to be held at the Market Theatre in Newtown.

While we would like to congratulate all the nominees, we are particularly proud of those who have tread our boards this past year.

Pieter Toerien and Kickstart’s production of Little Shop of Horrors has garnered 2 nominations for Best actress in a leading role in a musical or music Theatre show for Candice Van Litsenborgh for her portrayal of Audrey and A best performance by a supporting actor in a musical nomination for the  darkly delightful Zak Hendrikz and his Orin the dentist.

The gloriously joyous Singin in the Rain has gathered a fantastic 4 nominations for lead actors/actress in a musical or music theatre show categories for stars, Bethany Dickson as Kathy Selden, Grant Almirall for his outstanding Don Lockwood and Steven Van Wyk as his brilliant side-kick CosmoBrown! Costuming by Simon Higlett was recognized in the Best costume design category!

Not being overlooked is the incredibly talented Jonathan Roxmouth now staring as Sweeney Todd, currently on at The Theatre on the Bay, who has received a best performance by an  actor in a musical nomination for his Tony in West Side Story.

Funny man, Schalk Bezuidenhout is nominated in the award category for most promising student. Schalk was last seen in Pieter-Dirk Uys’s Die Van Aardes van Grootoor The Musical which played at The Theatre On The Bay last December.

Winners receive a cheque and a silver medallion which makes the Fleur du Caps the most saught-after award in the industry!

This years ceremony will be held at the Baxter Theatre, Sunday 20th March and the MC for the evening, the very funny Mr Alan Committie! Did we mention he’s very, very funny or that he’s currently on stage every night with his brand-new, hilarious show, LOVE FACTUALLY, at Pieter Toerien’s Montecasino Theatre?

We wish all the nominees the best and congratulate them, along with the rest of the performing arts industry, on their pursuit of excellence in their craft. 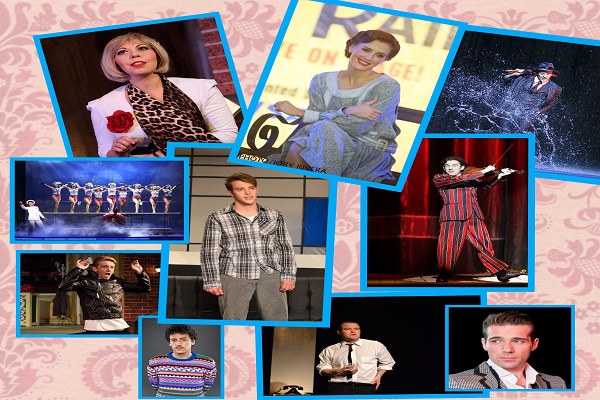 8 Reasons why you need to book for Sweeney Todd now!