“Swing your razor wide!”- The word on the street!

All the bells and whistles come out tomorrow for the official press launch of an incredibly special production of Stephen Sondheim’s SWEENEY TODD at our Montecasino Theatre.

In preview since last Saturday and playing to full houses, here are some comments about the show, from you, our valued public:

Magdalene Leisegang: “..it was superb. Thanks a lot for bringing it to the stage for us.”

Maryanne Van Eyssen: Had a fabulous night at the theatre with my friendy !! Sweeney Todd was everything you want in theatre… Jhb people get yourself to this show!!

Cartriona Harrison Harvey: “The production was incredible! Beats any West End show in London hands down. Superb talent especially the leading man and lady! Well done – something to be so proud of smile emoticon ”

Drew Rienstra says: “SWEENEY TODD officially is in previews and I caught both performances today. Here’s what I saw:

Steven Stead’s roller-coaster production held me breathless from beginning to end: Roaring with laughter at Charon Williams-Ros’ spot-on tongue-in-cheek delivery of brilliant one-liners, captivated by Jonathan Roxmouth’s terrifying “Sweeney” in relentless pursuit of justice (his “Epiphany” ranks as one of my top ten theatre experiences ANYWHERE) and brought face-to-face with one of the strongest companies of actors I’ve seen..”

You are not going to want to miss it! 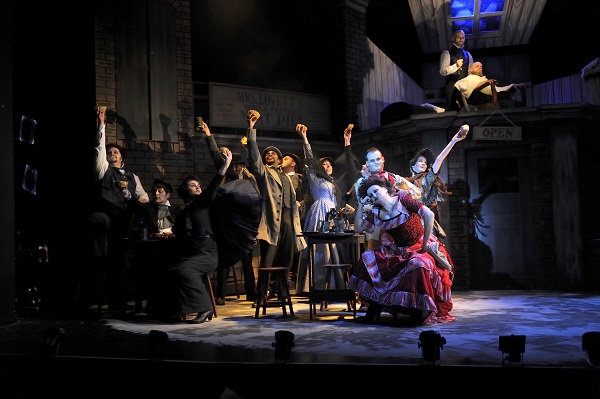