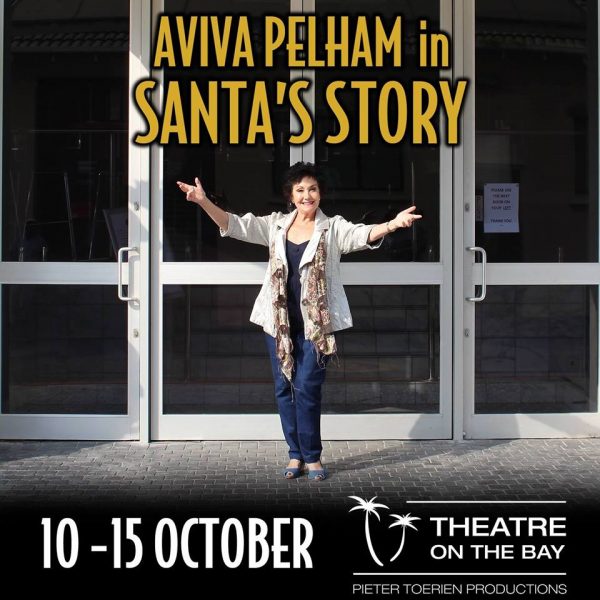 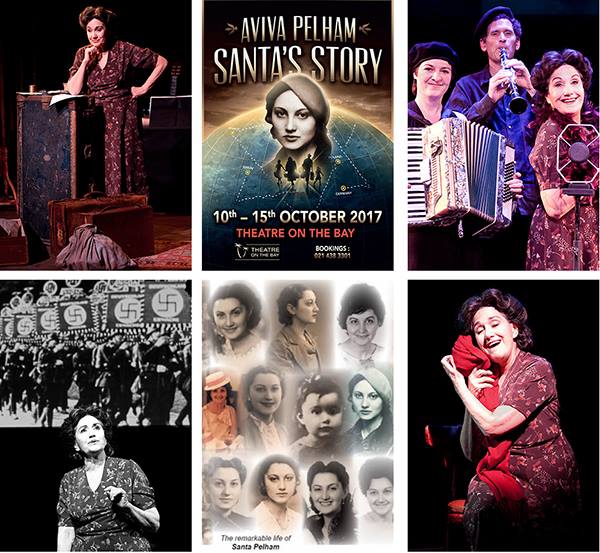 Santa`s Story is a moving, one-woman show depicting Santa Pelham`s journey of courage, hope and inspiration through discrimination to heartbreaking losses – a triumph of the human spirit.

When 90-year-old Santa Pelham was persuaded to write her fascinating life story it was intended that her memoir would be there for future generations. Santa`s Story became something more: a cathartic experience, an inspiration for song and now, a one-woman show performed by her daughter, Opera Diva, Aviva Pelham. Aviva brings the moving text to life detailing her Mother`s journey from Germany, to Spain, to France and then to Africa – punctuated by wonderful live Klezmer music. 3 superb Klezmer musicians play 7 instruments with songs in Spanish, French, Hebrew, Yiddish and English. The production is a theatrical gem and has played to sold-out seasons with standing ovations at every performance in Cape Town, Johannesburg, Durban, Helsinki, London, Cologne and Huerth (Santa`s birthplace). Santa`s Story was invited to be part of the First International Yiddish Folksbiene Festival in New York in 2015. Although Santa`s Story is a personal one, it honours the millions of people who were murdered mercilessly in the Holocaust and really deserves to be seen. It is a meaningful and unforgettable story of courage, hope, survival, inspiration and one very special woman.

Originally directed by multi-award winning Janice Honeyman with designs by the acclaimed Mannie Manim and the late Dicky Longhurst, Santa`s Story will be performed at Theatre on the Bay from 10th – 15th October 2017 before going on tour to Australia.

In a dazzling career spanning 45 years, Aviva has enchanted audiences, brightened stages and spread the love of song in South Africa

Hedwig and the Angry Inch

Inconvenience of Wings
Scroll to top