In recent years there has been a noticeable wave of nostalgia reflected in entertainment. Television series being rebooted left, right and centre. The reimagining of classic films into stage shows suggests that older audiences are sharing ‘their’ stories with new audiences, which in turn are ready to analyse and enjoy the material from different angels. Staged success stories of this resurgence include hits such as 9 to 5, Mean Girls, Groundhog Day and the current reinvention of Pretty Woman on Broadway.

Fatal Attraction stands as one of the most popular films of all time. The 1987 thriller established Glenn Close as a Hollywood force to be reckoned with. Beginning life as a half hour play on BBC to becoming the Oscar nominated film and now a razor sharp stage production at Pieter Toerien’s Theatre On The Bay in Cape Town.

When the film was released, the term “bunny boiler” became an informal noun that was associated with women who acted vengefully after being spurned by their lover. The film stood as an ominous warning for every wandering eye, but the script really holds more to it than that.

The reincarnation of Fatal Attraction began some 20 years ago when actor and producer Patrick Ryecart watched the film on late night television and noticed that the script would “make a terrific play, with all the basic elements of good, exciting theatre”. Patrick is currently performing in Noël Coward’s Present Laughter at Theatre On The Bay and while director Paula Bangels is currently rehearsing Fatal Attraction. 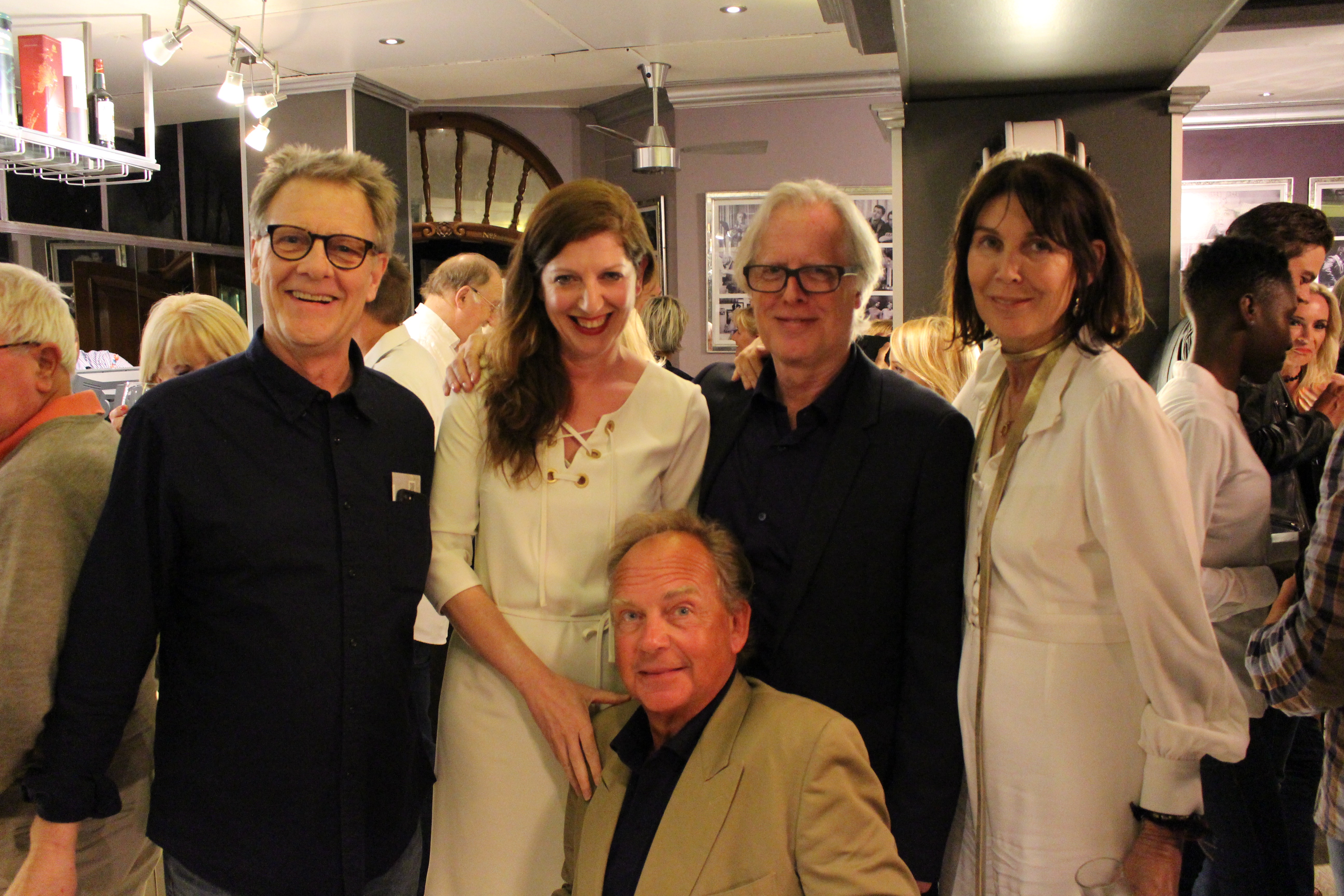 DR: Patrick, you mentioned your interest in the hubris of Dan, the main protagonist. You say that much like a Greek tragedy, Dan Gallagher was a flawed character; a man in his prime which displayed excessive signs of self-importance, pride and vanity. This was after all the 1980s, the era of the go-getter, where ambition particularly amongst men typified the values of an increasingly materialistic decade.

PR: Dan had certainly realised his ego to its full potential by the time we meet him. We see his pride, we see a sense of being bullet-proof. The fact that Dan had it all only stands to heighten the stakes when he’s faced with losing it all. This in turn drives the drama. As an actor I can see the interest from both sides, actor and audience. I believed that this story, with all its tension and drama built into the story, developed characters could and should be adapted for the stage. The film version brought a broad and multi-layered look at the story, with various locations all plumping up the experience. I was interested in pairing down the context elements for the stage, focusing on the characters, their relationships and the plays universal themes. James Dearden really created characters that belong in this story.

DR: I imagine that Hollywood screenwriters are buried deep below publishing agents and publicists, how did you manage to meet with James Dearden?

PR: I know James and so called him up and set up a meeting. We met for a tea in Oxford to discuss what had come and gone and what could still be done. Our shared interests in the deeper story were very much identical and James was clearly interested in how the drama could be presented on stage. Our meeting last a few hours. I found in James a man who was a gifted storyteller but also a great ally in collaboration. We ended off by agreeing to get the ball rolling. We called Robert Fox who is one of London’s most prolific producers and asked him if he could help us in attaining the stage rights. Robert has produced some of the most important plays on the West End in recent times, couple this with his equally extensive film career (The Hours, Notes on a Scandal, Iris) and he agreed to help and also co-produce.

DR: How did you get the Hollywood studio to buy in to your plans for a stage revival of the story?

PR: A string of meetings ended with 20th Century Fox agreeing to award the rights, with a keen eye on all parties involved. James began writing the play script. I think that must be an extraordinary process of being able to revisit your work decades later with the main focus of resuscitating it and having that opportunity to fix things, little niggles, that may have existed for years. The Haymarket theatre offered to co-produce, with “Cats” director Trevor Nunn to direct. Trevor’s production was lavish and would become the first stop in the projects full transformation to stage. His production was very well received and ran for 25 weeks. We could see sense though that even with the thick realistic veneer to the staging the drama could be heightened and the pace improved. One of the most valuable things to come from that production was the emergence of a more human female protagonist, which was never really realised in the film. Perhaps this was the result of James revisiting the script after many years.

DR: I hear there is a very exciting arts movement buzzing within Belgium and Holland right now.

PR: There really is. James and I went to Holland to meet the play’s Belgian director Paula Bangels. I was riveted by what Paula had created and fascinated by the dynamic that she had fostered within her cast. The cohesion of the actors supported the story so powerfully that production leaped away from all the expectations associated with the film. This was now something that was perfectly distilled and highly focused. In the film version the studio wanted a blockbuster ending, with a pure villain in Glenn Close’s character. The ending was reshot with that as the endgame. The final product left Glenn very unhappy. This ending was not James’ choice – the stage revival was his opportunity to give the story the ending he always wanted.

PB: I believed in the universal themes in James’ script and wanted audiences to watch the action and judge the characters from their own perspective. This is a story that could have occurred. These things do happen. I hated the final ending to the film. Hollywood wanted a villain that would give the story a more palpable climax. I wanted to bring the surrounding characters into the fold a bit more. It had to be down to the casting of the play to make it truly and believably work. I selected the actors that I believed and that I knew could go to places that they had never been to but could still be believable. As a director and even as someone who watches theatre I crave nuances and detail in performance. When we started rehearsing the play here in Cape town I didn’t allow the cast to look at the words for over a week. We would spend hours in a controlled rehearsal space work shopping moments and improvising scenes and potential character scenarios. The moments that transpired are magical, brave and raw. I believe in exploring and incorporating the actor’s instincts into the story making, I want them to tell the story from the gut, to own the piece.

DR: Paula, I believe that you approached the staging and direction from your own angle, choosing to disregard much of the script’s stage directions.

PB: I have always been willing to exchange verbal for nonverbal. It goes back to valuing genuine nuances. I wanted to remove a lot of the clutter around the main story and really push the facts, the facts that are real to these characters as they are living them. The staging is the perfect example of what I mean. One set with a million mood options, with lighting and soundscapes the story really soars. The play is in a lineal plotline and I get to place the characters in a tank of water and slowly turn up the heat. Atmosphere is very important in doing this. Within the scarcity of the set the most extraordinary things occur. I rely on music to ‘turn the screw’, really up the pressure. It is after all a thriller. But don’t expect a bunny boiling on the stove. This is definitely not he film. This is more about passion and how with passion some things cannot be ignored. This is about wanting to not be ignored, basic human emotions. Everyone wants to be seen and to be validated. I really want to present the characters in an equal light and let the audiences form their own verdict of what they see. I want them to decide for themselves on who’s to blame, can blame be assigned and what is the price to be paid.

In an age where truth is sought out more than ever in a landscape dominated by fake news and subjective personal opinion, it bodes well that Fatal Attraction has sprung from a desire to humanise the characters and tell the stories that exist within the script in a universal way. Today’s audience rail against falsities and it seems that the creative forces behind the stage adaption know this and feel the same way. 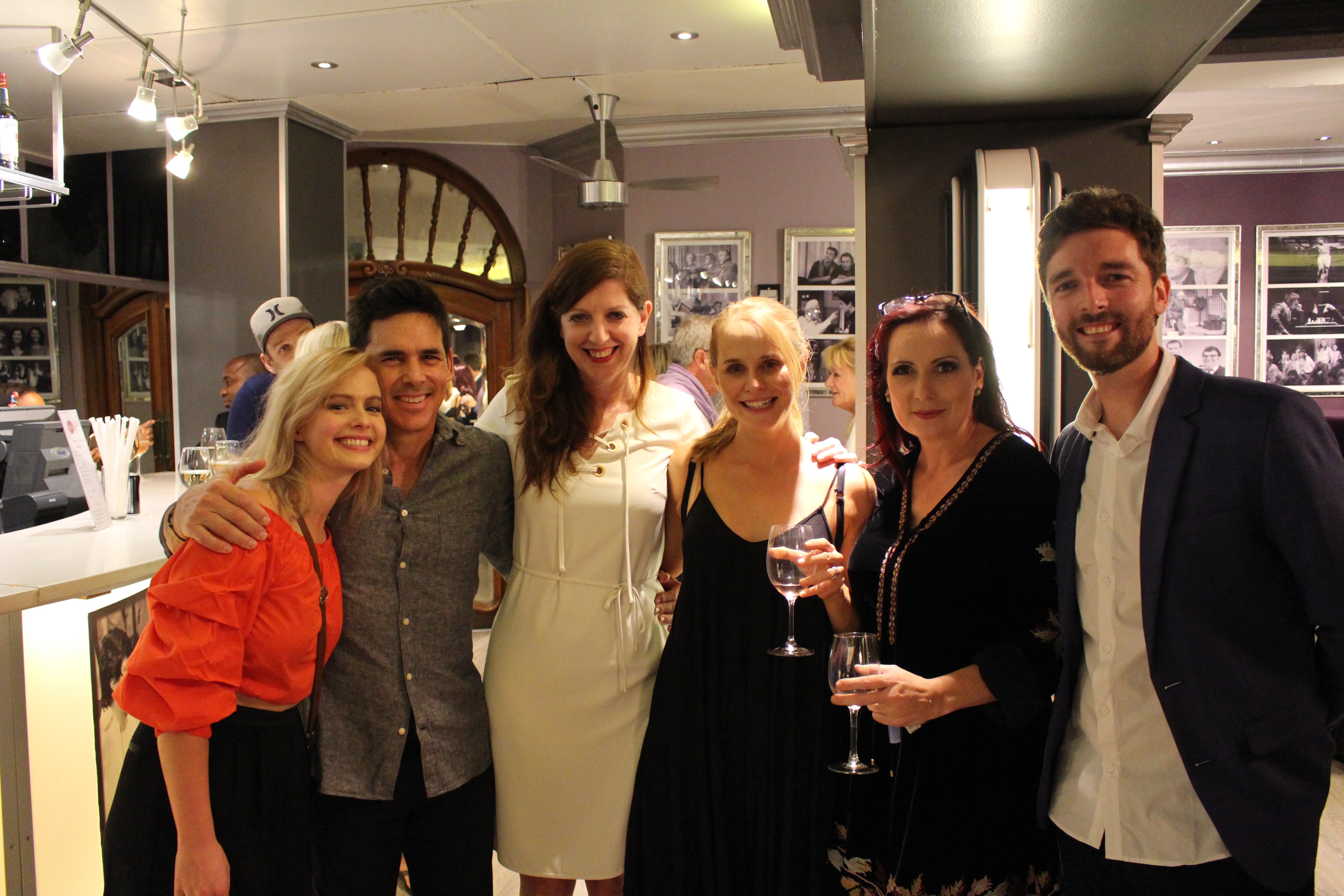 The much anticipated South African debut of this stage production is produced by Pieter Toerien and stars Ashley Dowds as Dan Gallagher and Jazzara Jaslyn as Alex Forrester. The play also features a powerful cast of performers with Jenny Stead, Alex Tops and Jo Da Silva portraying the core characters.

Opening night of Fatal Attraction at Theatre On The Bay, 20 March, 2018.

DR: Ashley Dowds, has this rehearsal process challenged you in any specific way?

AD: Without a doubt! It has cut across the grain of the ‘classical table read’ to start with before ‘getting the story onto its feet’. Is this perhaps a very European alternative? I’m not sure, because it is the first time that I am working with a director from Europe – but what I can say is that Paula’s conviction to work from the emotionality of the story right from the onset has been shocking. Shocking in a very affirming way. It has shaken up the order of things and that doesn’t always feel ‘comfortable’. That has become the important for the way that this story is told on stage. It won’t be comfortable for the audience to watch either – it has some very familiar scenarios (maybe too familiar for some) – but it will be presented in a way that will not rely on familiar comforts. There is no time to breathe!

Fatal Attraction runs at Theatre On The Bay until 7 April, before transferring to Pieter Toerien’s Montecasino Theatre from 11 April – 6 May. Tickets range from R120 – R200 in Cape Town and R100 – R200 in Johannesburg.

The production carries an age restriction of PG16 with the show depicting strong adult themes, sex and language.