Marvin Hamlisch was the man behind some of the most beautiful music of the twentieth century. From his humble beginnings as Barbra Streisand’s rehearsal pianist on FUNNY GIRL, to winning a record three Academy Awards on the same night at only 29, it was clear that he was destined for greatness.

Not only was he the composer of famous hits like The Way We Were, Nobody Does it Better and I Finally Found Someone, he was also the composer of musicals such as A CHORUS LINE,  THEY’RE PLAYING OUR SONG, and THE GOODBYE GIRL.  Hamlisch penned the scores for dozens of films, including THE STING, THE SPY WHO LOVED ME, ICE CASTLES, SOPHIE’S CHOICE, ORDINARY PEOPLE, SHIRLEY VALENTINE, HOW TO LOSE A GUY IN 10 DAYS and THE INFORMANT.  In short, his music shaped a generation.

Hamlisch was a genuine mensch with a life as compelling as his music. When he died in August 2012, the marquee lights of the 40 Broadway theatres were dimmed in tribute to him.

I’M PLAYING YOUR SONG traces his remarkable story through the songs and music he gave the world. Jonathan Roxmouth is back at the YAMAHA grand piano as Hamlisch,  with Sharon Spiegel-Wagner playing everyone from his first Juilliard teacher to Barbra Streisand in an evening of music, memories and affection for a great musician and man. 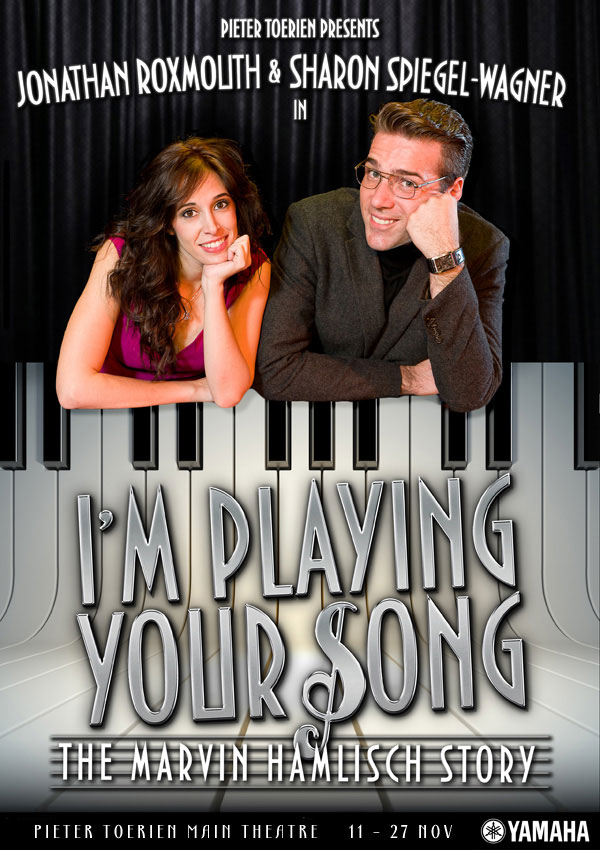