This uproarious celebration of the mating game takes on the truths and myths behind that contemporary conundrum known as ‘the relationship.’ From dating and waiting to love and marriage. From the agonies and triumphs of in-laws and newborns and nightmare trips in the family car to pick-up techniques of the geriatric set.

Accompanied by a live band, the incredibly versatile 4-piece cast portrays more than 52 different characters, complete with the requisite over 52 wardrobe and wig changes!

A feel-good musical, I Love You, You’re Perfect, Now Change has enjoyed sell-out success across the globe, having played in 280 different cities. It ran for over 6000 performances Off-Broadway, surpassing the Broadway seasons of hit musicals ‘Annie’, ‘Mame’, ‘The Producers’ and ‘West Side Story’. 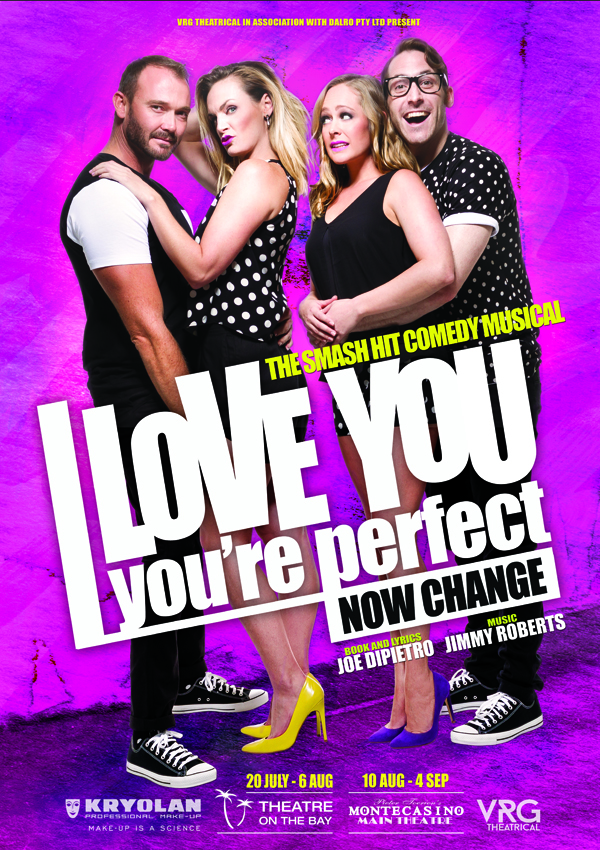 A Cock And Bull Story