It may have taken more than one Hard Day to rehearse for the challenging roles in EPSTEIN, but the trio of Nicholas Pauling (Epstein), Sven Ruygrok (This Boy) and director Fred Abrahamse can rest easy that all the hard work has paid off, with a brilliant first performance last night in a theatre bursting at the seams. The production elicited nothing but praise:

“Everyone I spoke to was bowled over by the performances. The words ‘Fantastic’, Simply Excellent’, ‘Such an absorbing play performed by two amazing actors’, ‘Triumph’, ‘Superb Evening’, ‘Award Winning Performances’ and Excellent Direction’ were being said.” Percy Tucker

“Last night went very well. Two curtain calls and a standing ovation! People actually applauded when the lads came into the foyer after the show. Excellent feedback from the audience

[all raving and going to spread the word].” Fred Abrahamse EPSTEIN – THE MAN WHO MADE THE BEATLES

“Brian Epstein single-handedly changed what it means to be a rock and roll manager.”

Starring NICHOLAS PAULING as Brian Epstein and SVEN RUYGROK of ‘Spud’ fame as This Boy, a character that captures the heart and spirit of the 60s. Directed
by FRED ABRAHAMSE with design by MARCEL MEYER.

Tom Hanks is co-producer on the first of the two new films, a biopic starring Benedict Cumberbatch as Epstein. The second film currently in the works is based on a graphic novel called ‘The Fifth Beatle’ by Vivek J Tiwary.

Brian Epstein battled gambling and drug addiction before dying from an accidental overdose in 1967. He managed The Beatles from 1962 until his death. In 1997 Paul McCartney said of him, “If anyone was the Fifth Beatle, it was Brian.” Brian’s death was also the beginning of the end for The Beatles, who split up in 1970. He also successfully managed Gerry & The Pacemakers, The Dakotas, The Fourmost, Sounds Incorporated and Cilla Black.

The story of the man behind the world’s first supergroup and a play of the highest calibre, with tour de force performances that music- and theatre-lovers will revel in! 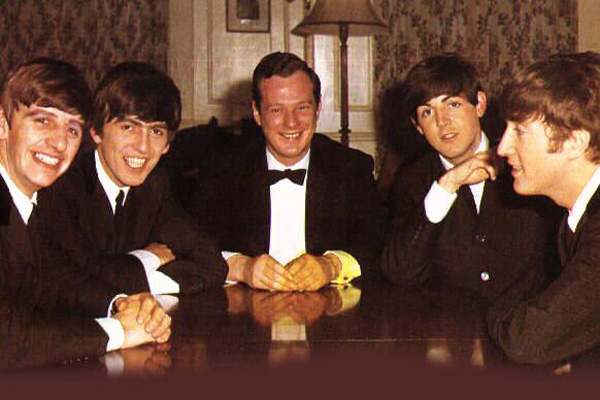