Hamlet! What a piece of work!

HAMLET! WHAT A PIECE OF WORK!

Internationally acclaimed Hamlet returns to South Africa for limited engagements in Cape Town and Joburg before heading off to the USA.

After playing to 5-star reviews and standing ovations at the National Arts Festival and in Europe, Pieter Toerien proudly presents a limited season of Abrahamse & Meyer’s internationally acclaimed Hamlet at Montecasino in May.

The Abrahamse & Meyer production takes its inspiration from one of the earliest recorded performances of Hamlet during Shakespeare’s lifetime. In 1608, off the East Coast of South Africa, the crew of the East India ship, Red Dragon, performed Hamlet aboard their ship. In his log, on 31 March 1608, Captain Keeling noted: “I invited Captain Hawkins to a fish dinner, and had Hamlet acted aboard me, which I permit to keep my people from idleness and unlawful games or sleep.”

This production of Hamlet re-imagines Shakespeare’s most iconic play within the context of the historic 1608 performance aboard The Red Dragon as a play within a play, utilising a cast of only 6 actors playing 6 Jacobean sailors who, in turn, play all the parts in Shakespeare’s Hamlet. Critics have hailed it as a multi-sensory experience… imbued with wonder and as daring, modern, exciting and topical.

The production stars Marcel Meyer in the title role, with the veteran Shakespearean actor, Michael Richard taking the role of King Claudius. Dean Balie doubles as Polonius and Horatio with Jeremy Richard as Laertes, Matthew Baldwin as Ophelia and Callum Tilbury in the role of Queen Gertrude.

Hamlet is directed by Fred Abrahamse who has, over a 35-year career, directed over 150 productions in all genres, including classical theatre, opera, musical theatre and contemporary plays. One of Abrahamse’s most recent local successes was a sell-out season of Tennessee Williams’ The Hotel Plays at the Vineyard Hotel in Newlands.

Over the last five years Abrahamse & Meyer Productions have produced some of the most successful Shakespeare productions in South Africa like the award-winning three-man Tragedy of Richard III [2010 & 2011], a four-man Romeo and Juliet [2011] and the immensely popular Maynardville productions of A Midsummer Night’s Dream [2013] and Othello [2015 & 16] which have been presented in 20 different seasons on two continents, three provinces, six cities and have proved immensely popular with the public, critics, teachers and learners and have collectively garnered 13 Fleur du Cap Theatre Award Nominations over the years.

Read what the CAPE TOWN critics have to say:

Read what the JOHANNESBURG critics have to say:

HAMLET plays at Pieter Toerien’s Montecasino Theatre in Johannesburg until 21 May.

Be sure to catch this remarkable production! 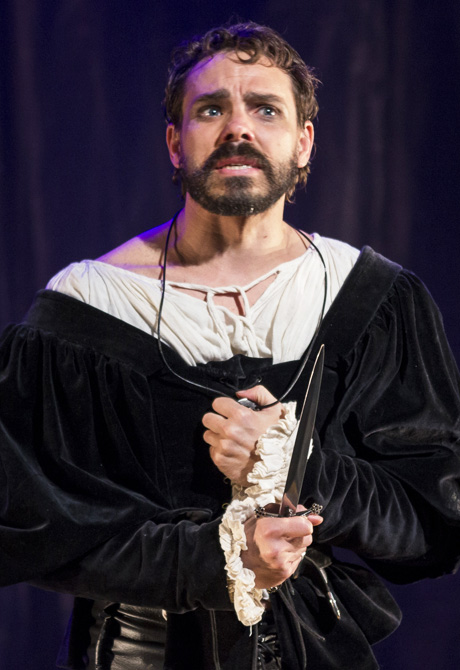 In the recognition of excellence

When Wrong is BRILLIANT!
Scroll to top