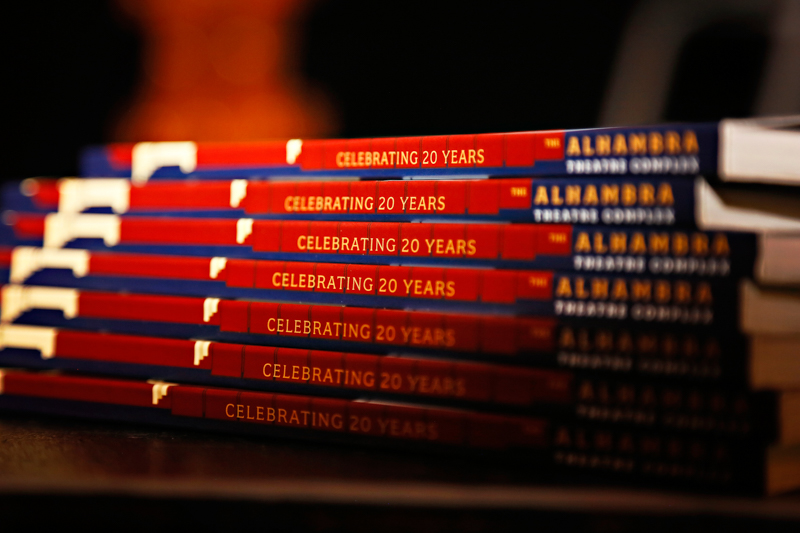 It had been a long time coming. It was glamorous, it was a celebration, a fitting tribute and farewell to an old friend, a place that not only entertained thousands but provided work for so many practitioners of the arts.

Wednesday 30 August 2017 saw the launch of the much-anticipated coffee table book titled simply, THE ALHAMBRA THEATRE COMPLEX – Celebrating 20 Years. It chronicles the shows, the people and preserves forever the legacy that was the Grande Dame of New Doornfontein.

It was also the occasion that the new owners led by Renney Plit, Joe Shibambo and Gordon Cook had the opportunity to announce their plans for the theatre’s next purpose-An Educational Centre for the Arts, aimed at redressing the lack of suitable arts education in the majority of schools in South Africa.

A fitting evolution for a theatre that has served the industry for so many decades and seen many of South Africa’s most famous and brightest stars tread its boards. We wish them nothing but success in this exciting venture.

A labour of love, the book can be purchased from our Montecasino Theatre for R200.