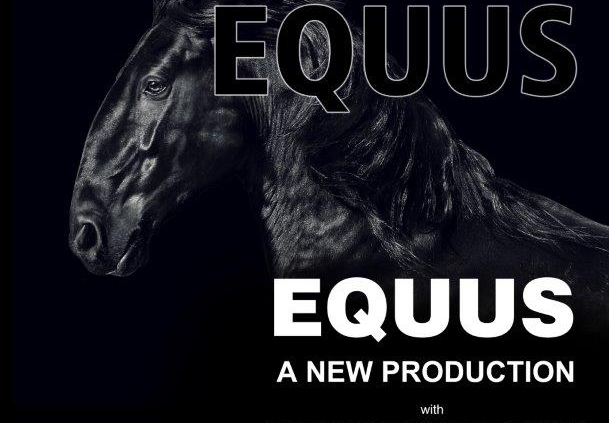 Graham Hopkins and Sven Ruygrok will star in a new production of Equus, directed by Fred Abrahamse for Pieter Toerien.Peter Shaffer’s iconic psychological thriller Equus stars Graham Hopkins as psychiatrist Dr Martin Dysart and Sven Ruygrok as 17-year-old Alan Strang – a stable boy who has been arrested for blinding six horses with a metal spike.

With its controversial nude scene and simulated sex act, Equus still causes quite a stir amongst theatre-goers wherever it is performed around the world; most recent being a production starring Harry Potter’s Daniel Radcliffe as Alan Strang. Pieter Toerien’s 1985 highly-acclaimed production of Equus at the Alhambra Theatre introduced a young and talented Jeremy Crutchley to an adoring South African public. The role of Dysart has also been played by a glowing list of stars over the years including Anthony Hopkins and Leonard Nimoy.

When teenager Alan Strang’s pathological fascination leads him to brutally blind six horses in a Hampshire stable, psychiatrist Dr Martin Dysart is tasked with uncovering the motive behind the boy’s violent act. As Dysart delves into Alan’s world of twisted spirituality, passion and sexuality, he begins to question his own sanity and motivations in a world driven by reckless consumerism.

Read here what the critics are saying:

Equus plays at Pieter Toerien’s Montecasino Theatre from 26 April – 26 May.

Equus is a MUST SEE!

Equus is a psychological thriller and deals with sensitive subject matter. There is also nudity and simulated sex.

A No under 16’s age restriction is recommended.

If you need anymore convincing, read what the press have to say here!