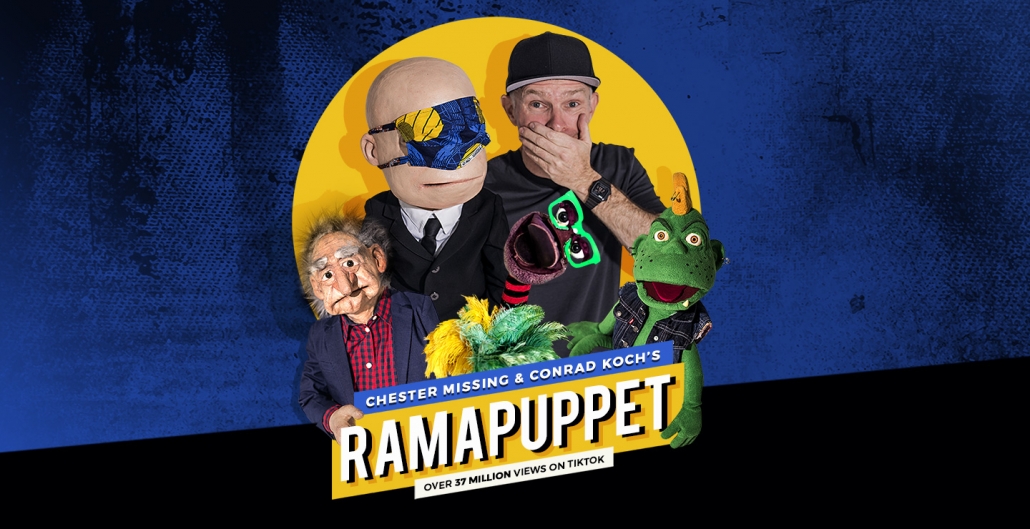 Conrad Koch is South Africa’s hilarious double Emmy nominated ventriloquist and his comedy accomplice, Chester Missing, is South Africa’s most famous puppet… outside of parliament. Their shows have been seen on Comedy Central, etv, eNCA, SABC, Canada’s Comedy Network, and more. They have over 37 million views on TikTok this year alone.

With multiple 5 star reviews globally, the CBC in Canada saying “my face hurt from laughing so hard”, describing Conrad’s work as “absolutely delightful and technically brilliant”, “Koch throws away more laugh lines than many shows have in the first place”.

In Australia, OUTinPerth described his show as an “utter delight”, “there was not a dry eye left in the house, young or old alike.” In the Eastern Cape, The Herald said: “I almost cried with laughter”.

Conrad is hugely excited to be touring his latest roll-in-the-aisle hour of hilarity, RAMAPUPPET! Because, in the almost 2 years of lockdown we have had, we all feel a bit like President Ramaphosa, flailing around with his mask over his eyes on national television. And if there is one thing that unites South Africans, it’s our ability to laugh! And load shedding.

RAMAPUPPET is just over an hour of delightful, gut-wrenchingly funny, world-class ventriloquism poking fun at the bonkers hurdles South Africans face. From lockdown to looting, from Zoom meetings to alcohol bans, and that manager at Checkers who wields more power than Presidents, there is so much in Mzansi to laugh at.