A Cock And Bull Story

A COCK & BULL STORY is the localised reimagining of British playwrights Richard Zajdlic and Richard Crowe’s blockbuster play of the same name. At the hand of Quentin Krog, director of the film ‘Ballade for a Enkeling’, and actor Geon Nel, the setting is transferred to contemporary suburban Cape Town.

TJ (Dean-John Smith) is a promising young boxer on the eve of a bout that could make or break his career. He is waiting for his friend Jaco (Edwin van der Walt), who always prepares him both mentally and physically for his fights. TJ’s confidence has waned after a recent humiliating defeat against tonight’s opponent – and Jaco is late.

For TJ boxing is not just a passion, it’s an escape from his lower middle-class background and a passport to a better life. Jaco on the other hand has to measure himself against the long shadow cast by his father, a local legend with underworld connections and notoriety as a street fighter.  But tonight is a battle of a different kind. Instead of measuring their strength in the ring TJ and Jaco will test the limits of friendship in the locker room.

This exciting two-hander is filled with testosterone induced male bravado, from bragging about girls to locker room chatter and excessive physicality. However, underneath this veneer is a delicate exploration of friendship, sexuality and mutual dependence.

Gritty and fierce, the characters are challenged psychologically and physically, making for an exciting, emotional and gripping journey of discovery. 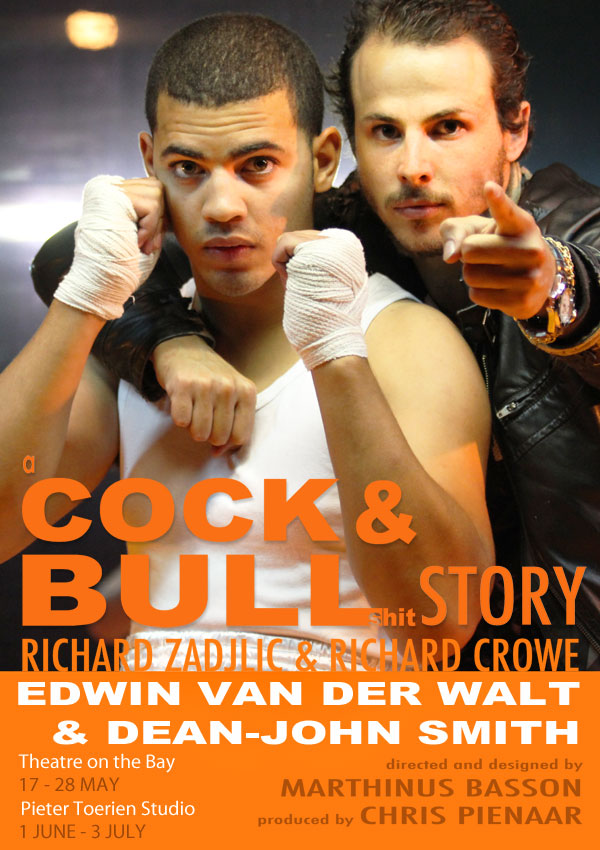 I Love You, You’re Perfect, Now Change
Scroll to top