It’s that sense of being in the presence of greatness that almost overwhelms one sitting in the intimate Studio Theatre watching Sandra Prinsloo in ‘OSKAR EN DIE PIENK TANNIE’. There, just metres away is one of our country’s most revered and accomplished actresses.

It’s an intimate experience that should not be missed by anyone. Especially anyone remotely associated with the performing arts; those touched by the presence of cancer in their lives however distant or anyone who just loves a great piece of theatre.

Once again, Robyn Sassen in her blog, My View, The arts at large, provides the quintessential guide to this theatrical experience.

Here is what she had to say:

NEVER FORGET TO SMELL THE ROSES

LOVE, LOSS AND growing old are inescapably part of the human condition. Put these three elements in a children’s cancer ward, and you might expect to yield a narrative which is hackneyed and clichéd. Indeed, you already know how the story ends. But in the loving hands of consummate professionals – from the writer, Eric-Emmanuel Schmitt, to the translator Naómi Morgan, to the director Lara Bye and the performer, Sandra Prinsloo – Oskar en die Pienk Tannie is a play so beautifully crafted with such an astute sense of self, that it will rock your emotional equilibrium.

Oskar is a ten-year-old boy. He has leukaemia. Moored in a children’s hospital with a community of friends, including “Popcorn”, “Braaivleis”, “Einstein” and “Blue Betty”, kids with equally scary medical problems, he’s intelligent and sentient enough to understand that his prognosis is not good. But there’s God, who he writes to, and the eponymous “Pienk Tannie”, called Ouma Rosa, a hospital assistant, who tells him tales of women’s wrestling and carves out legends for him to hold onto and laugh at. She’s a little coarse round the edges, but overwhelmingly pragmatic. She takes no shit, has  “passed her sell-by date” and exudes the type of complex humanity you might remember in Julie Walters’s portrayal of Mrs Wilkinson in the 2000 film called Billy Elliot.

Filtered with a deep understanding of language, of human convention and the dramatic emotional extremes and unrelenting egocentricity of a prepubescent child, not to forget the horror of loss, this is an extraordinary work in which the magnificent Prinsloo paints a whole world out there, armed with just a table and some well-managed lighting.

But more than that, this is a one-person play and Prinsloo takes on the fierce vulnerability of the child as well as the gruff love of Ouma Rosa, and the myriad of other characters, with complete candidness. You are never allowed to forget the tragic circumstances of Oskar, but as the work unfolds, you get to hold onto dreamed up legends, which can make 12 days into 120 years, and projects a whole rich trajectory of dreams onto something that in the real world is curtailed and broken by sadness.

And yes, it’s in Afrikaans, but arguably the force of the narrative and the simple complexity of the writing supersedes language barriers and within the first few lines of the play you become so consumed by its magic and texture, that the medium turns universally understandable.

A beautiful six-tissue production, which will leave you with hope in your heart and an imperative to look for wonder the world every single day, Oskar en die Pienk Tannie is a delicate piece constructed with know-how and wisdom, but above all, with uncringing directness.

Oskar en die pienk tannie was written in French by Eric-Emmanuel Schmitt and translated into Afrikaans by Naomi Morgan. Directed by Lara Bye and is currently on upstairs in the Studio Theatre at the Pieter Toerien Theatre Complex in Montecasino until 25th September. 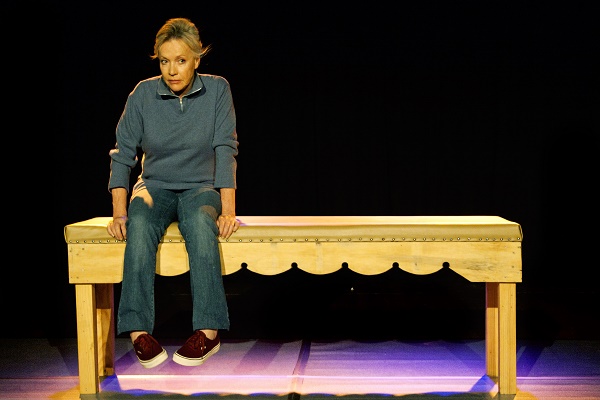 Fatties and Friends!
Scroll to top